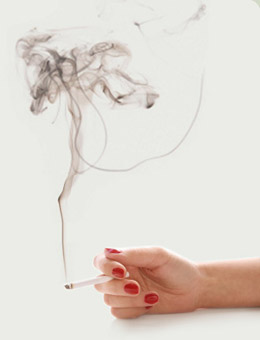 Are you or your loved ones accidental smokers?

The answer is "yes" if you are one of the estimated 88 million nonsmokers in the US who are exposed regularly to secondhand smoke. And, according to the National Center for Chronic Disease Prevention and Health Promotion, this number includes over half of all American children who fall between the ages 3 to 11 and children. Unfortunately, children are especially vulnerable because they are still developing physically, have higher breathing rates and have less freedom to avoid secondhand smoke than do adults.

The fact is that smokers take in 4,000+ substances, including nicotine, arsenic, butane, cadmium, carbon monoxide, formaldehyde, methane and other toxic chemicals, 60 of which are known to cause cancer is scary enough. But when you consider that what comes out of the lit end of a cigarette is more toxic than what's inhaled from the filtered end, secondhand smoke may be especially dangerous.

Secondhand smoke is so dangerous, in fact, that it is classed as a human carcinogen (cancer-causing agent) by the International Agency for Research on Cancer. In the U.S. each year, secondhand smoke is responsible for almost 50,000 deaths related to heart disease and lung cancer, up to 300,000 lung infections in children under 18 months and asthma problems and middle ear infections in up to 1,000,000 children.

According to the U.S. Surgeon General, breathing even a little secondhand smoke can be harmful. There is no risk-free level of exposure. What's more, opening a window or using a fan or air conditioner does not eliminate exposure to secondhand smoke.

So what can be done to minimize or eliminate the hazards of secondhand smoke?

If you are a smoker, protect your loved ones and others by:

Whether or not you are a smoker, you can limit the exposure of others to secondhand smoke by:

You may also be interested in reading: Smoking trends in America