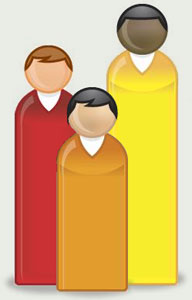 No matter what your ethnic background, if you're a male, a very common concern is cancer of the prostate. (In fact, prostate cancer is the second most common cancer among American men, behind skin cancer.) About the size of a walnut, the prostate is part of the male reproductive system, located just below the bladder and in front of the rectum. Its job is to produce fluid that makes up a part of semen.

While it is estimated that more than half of all American men over the age of 80 have prostate cancer cells, only about 16% of us will be diagnosed at some point in our lives and about 3% of men in the US will die of the disease.

Decline in new cases and deaths from prostate cancer

There are tests that medical professionals use to screen for cancer to find it before it causes symptoms. These include a PSA (prostate specific antigen) test to measure the level of PSA in the blood, and a DRE (digital rectal exam). Not all medical experts agree, however, that screening for prostate cancer will save lives. Some are concerned over false positive test results, treating prostate cancer that may never affect a man's health, and side effects from treatment.

Experts strongly suggest that every man consult with his healthcare professional to make an informed decision about prostate cancer screening.

More good news: the majority of prostate problems are NOT cancerous

For men under age 50, the most common prostate problem is prostatitis (inflamed or irritated prostate) which can be brought on by an number of causes including infection, disease or injury.

Men over the age 50 are more likely to suffer from enlarged prostate, also known as benign prostatic hyperplasia (BPH), which occurs simply because our prostate continues to grow, albeit slowly, as we age. BPH is not cancer. In fact, it's normally not a serious condition, though its symptoms are similar to those of prostate cancer: increased frequency and urgency to urinate, a weak stream, small amounts of blood in the urine, "leaks" or dribbles, difficulty when starting urinating.

Is there anything a man can do to prevent prostate cancer?

While factors like age, race and family history are obviously beyond one's control, eating a low-fat diet, rich in fruits and vegetables may lower the risk of developing prostate cancer. Also, as mentioned above, research is underway to see if prostate cancer screening tests, such as PSA tests and DRE, may lessen our chances of dying from the disease.